f(x) is the new girl group from SM Entertainment which debuted this September 1st with their 1st digital single LA cha TA.

The Asian pop dance group ‘f(x)’ is made up of international members including Korean members—Sulli, Luna, Krystal—and Chinese members—Amber (Chinese American), and Victoria. Their group name ‘f(x)’ is uniquely written like the mathematical symbol for ‘function’, which portrays the members’ passion to unfold eclectic performances throughout not only Korea but also Asia based on their various talents that could be applied in to the equation as ‘x’, to yield unexpected results. 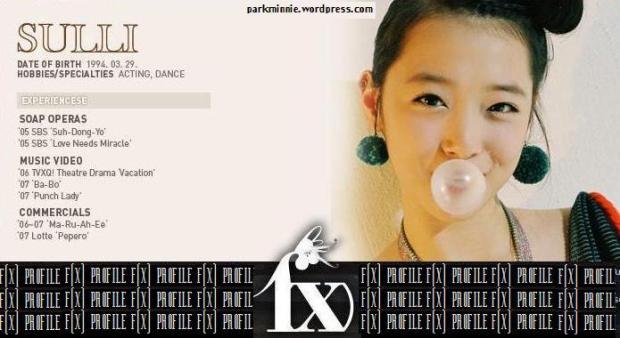 looks so much like her sister Jessica (from SNSD). Also the maknae of the group (though Sulli looks like the youngest on these pics) 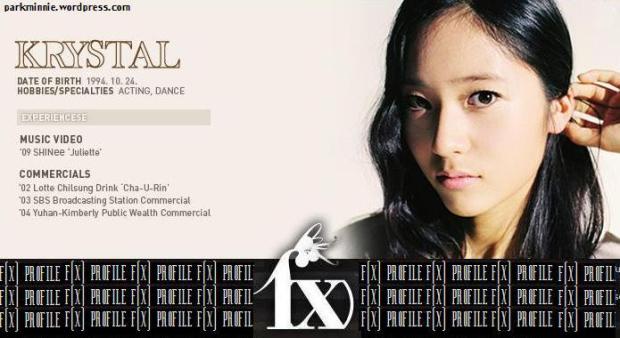 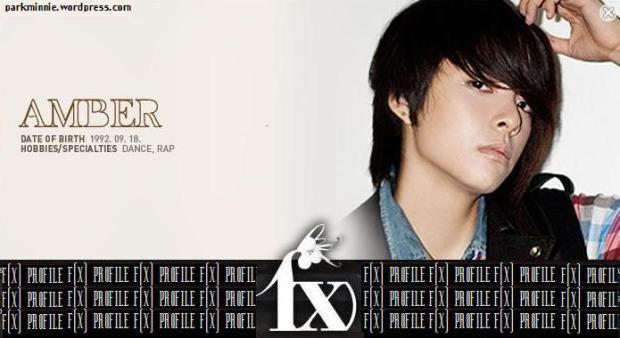 And here are the pictures from CHAPTER 1 of the Gallery section off their official website.

I think they are a young group (well, except for Victoria) they a 1992, a 1993 and two 1994 ladies…really young. Wonder if they will go to school or – like Seungri of Big Bang and Minzy of 2NE1 – they won’t (most probably not, just pass that particular test that will benefit them a high school diploma).

Anyways, they are smokin’ hot!

They debut on MBC Music Core today, 5th of September =))

This entry was posted on September 5, 2009, 10:47 am and is filed under f(x). You can follow any responses to this entry through RSS 2.0. You can leave a response, or trackback from your own site.