END_OF_DOCUMENT_TOKEN_TO_BE_REPLACED

Posted by Minnie-chin in ♥Other JPOP Updates♥, Micky Yoochun on April 28, 2010

The new dorama “Beautiful Love- Kimi ga ireba-” of Tohoshinki’s YUCHUN will be distributed via online distribution on the site of BeeTV. It is the first time for the young artist to star in the main role of a Japanese dorama and on top of that, Tohoshinki member JUNSU will provide the theme song for the series – however, under the name of XIAH junsu, who will release his solo debut single on May 26th.

“Beautiful Love – Kimi ga ireba -” is the story about “Yonsu” – the son of a Korean Saibatsu Family and “Hinata” – an ambitious magazine author, yearning to become a novelist, in a touching Cinderella-Story.

END_OF_DOCUMENT_TOKEN_TO_BE_REPLACED

Posted by Minnie-chin in Hero Jaejoong, Micky Yoochun on September 26, 2009

END_OF_DOCUMENT_TOKEN_TO_BE_REPLACED

Posted by Minnie-chin in Hero Jaejoong, Micky Yoochun on September 6, 2009

The PV/MV is so heavenly and soothing…Soulmate forever!
Yes, something that soothed me after raging about Dara and Lmh’s kiss pics…Kept smiling while watching it. I missed them so much ^^

lyrics and link after cut ^^

END_OF_DOCUMENT_TOKEN_TO_BE_REPLACED

Posted by Minnie-chin in Hero Jaejoong, Micky Yoochun on August 28, 2009

Here are different fancams on Micky and Jae singing Been So Long on Boy Pop Factory last 20th of August 2009. enjoy as much as i did 😀

If you are biased and undoubtedly a micky-holic…i recommend this fancam concentrated on Micky Yuchun. It features his nice smile and you can indulge in this gorgeous guy throughout the whole 2 minutes and 34 seconds of the vid. (lol at that intro…xD)

If, on the other hand, you are loving the most beautiful guy i have ever seen Hero Jaejoong…See to it that you watch this one. It features the sexy and really hot Jejung. (focus on his pinky finger on the mic…so cute!~lol)

How come there is only this 2:34 long fancam focused on micky when Jae has those 6min+ vids of the same perf on YT *pouts*…

Oh well, love them both still…They look so so so good and gorgeous here (and as always…yeah!)…I wish somebody had a vid where the two guys are caught together though…

Preview: M-Flo’s “Been So Long” featuring TVXQ’s Yoochun and Jaejoong

Posted by Minnie-chin in ♥Other JPOP Updates♥, Hero Jaejoong, Micky Yoochun on August 28, 2009

For Japanese group M-Flo‘s 10th Anniversary Tribute Album, they gathered together a group of popular artists to commemorate 10 years of good music!

TVXQ’s Hero Jejungand Micky Yuchun were chosen to sing M’Flo’s “Been So Long”. Check out a 49-second previewof the song below.

Also, here is a list of the other artists with their respective songs…

Posted by Minnie-chin in Micky Yoochun, TVXQ on August 6, 2009

Let us “ALWAYS KEEP THE FAITH” in our boys…

OMG!breaking news! I should have been studying but needed to post this IMMEDIATELY… 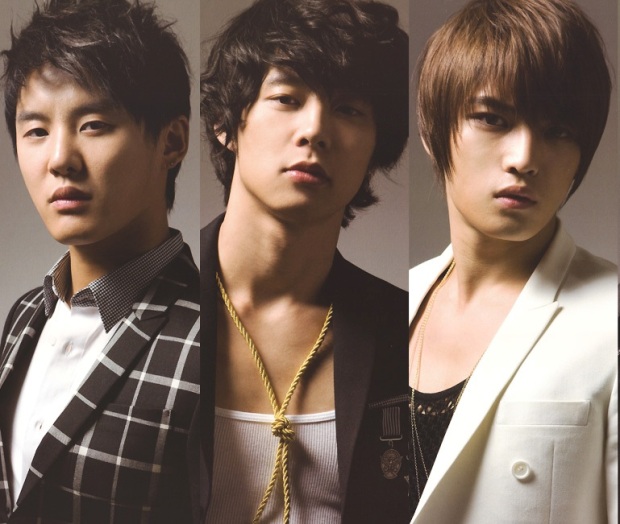 Their representative revealed through news media on 3rd August, “The 5 years period after they debuted, the 3 of them felt that their minds and their bodies are tired having to follow the tight schedule that the company put up unilaterally.”

They continued, “Kim JunSu, Kim JaeJoong and Park YooChun has been following SM’s instruments from beginning of 2004 till now, going back and forth promoting in Korea, Japan, China etc, and in a year except for 1 week they get only 3-4 hours of sleep a day to do our schedule.”

Also, “In the process the health of the 3 members are very much deteriorated, they are also suffering from mental fatigue, and as time went SM continue to established on their own decision for Dong Bang Shin Ki to advance into other countries. In the end the 3 members felt that as compared to be fulfilling their dreams to be singers, they are used more as a tool by the compared to earn profits, and they wish to use each of the members to also go into other entertainers’ activities.”

The 3 members’ representative also added, “It is a 13 years contract but in reality it is a lifetime contract. With the exclusive rights clause in the contract, the 13 years also include the time the members are serving their military service, hence it will go for more than 15 years. And now it has not even been near to 10 years since the group’s debut, hence it seems like the contract will last until the members’ retirement from the entertainment zone. The penalty for retracting the exclusive right clause is 3 times the investment cost and 2 times the lost in earnings. They also asked about the penalty of cancelling the whole contract but it will involve several hundred billions KRW of penalty, hence in reality there is no way out but to be tied down to SM because of the contract.”

Also, “The members did not receive the right treatment even from SM. Without getting any contract fees, the initial contract was that if their album sells more than 500K copies, each member will get about 10 million KRW during the next album release. If they sell less than 500K copies of album, they will get nothing.”

The 3 members had went down to Seoul Central District Court to file for a retractile of their exclusive belonging rights with SM Entertainment on 31st July, causing an outrage of speculations about the group’s disbanding and also problems between the members and SM.

i think SME should be #1 Slave Company…watch  out SM there are millions and millions of Cassies out there who’ll murder you…kyaaaaa!