Jay Park Makes Us Miss Him :(

at the point jay raised his shirt up i was like “*gasp* OH MY GOD! *big smile*“…

hahaha…super hot and nice english. of course. i’ve seen this awhile ago and only managed to listen and watch today.

i love you still and idk if this is right but I still have the drive to call you “leadersshi”. I’m sorry but I can’t seem to let go? It still hurts. but thank you for the vid and congratulations for reaching 4million hits! awesome!

I read a news Jay’s going to be back in Korea in June 2010 (at the same time the other 2pm guys will be in America) for something…a show or something…not sure. Why the coincidence? T.T

Love these guys forever and ever. good job on the song for Jay 🙂 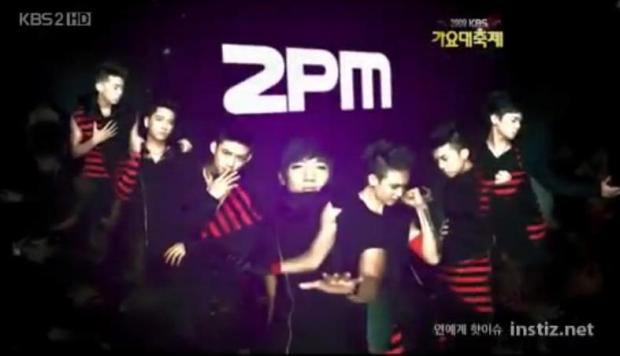 Here is a compilation of 2PM cuts on the recently concluded 2009 KBS Music Festival. As always, great perfs, very fine vocals, awesome acrobatics and a plus at the end when our boys win Song of the Year Award for “Again & Again”. Yay! 😀 so happy!

END_OF_DOCUMENT_TOKEN_TO_BE_REPLACED

Well, who wouldn’t want this gorgeous guy right here? I bet most of you already know about this extremely disturbing bit of interest-seeking act of Taecyeon’s fangirl. I feel sorry for the guy. Can’t imagine how he feels 😦

To those who haven’t encountered it yet, what I was talking about is a fan letter dedicated to Taec written using blood from the writer’s menstruation. blech! Really disgusting.

as said from allkpop – this was blood from her period with a sprinkle of pubic hair.

Here is the photo of the said letter. Please don’t continue if you are easily disturbed ;p

END_OF_DOCUMENT_TOKEN_TO_BE_REPLACED

On Golden Fishery aired on 11th November, Park Jin Young said, “If JaeBum comes back, he will return as part of 2PM of course. It will not be a solo comeback.”

MC Kang Ho Dong then asked, “Do you have to send JaeBum off to America in such a rush?” and Park Jin Young replied, “When JaeBum’s case was exposed, it was put under great criticism. And when he returned to the States, suddenly public opinion was ‘Was there a mistranslation?’ and that he did not do any wrong. The answer is in between.”

“JaeBum is not a bad child. Back then he was going through a tough time and was not motivated at all. He even said to me ‘If it is not Park JinYoung’s song, I am confident of success’. But I like it that he does not lie. JaeBum has been changing and the JaeBum now is very different from the JaeBum then. The JaeBum back then had caused hurt to many Koreans, but the JaeBum now is very embarrassed by what he has done and does not want to burden the group as the leader so he has decided to leave. If it’s me I would have done the same.”

Kang Ho Dong then asked, “As the company, shouldn’t you stop him?” Park Jin Young said, “He did wrong, and on his own he thought that he did wrong. If you care about JaeBum, I think that public opinion and fans should leave him to be. He will know that everyone cares, but leave him to be for now.”

Lastly, he said, “The thing that I can do is be help as a dance and song teacher to help him keep his standards as a singer up during this resting period. When he is willing to return on to the stage, I will help him willingly. If JaeBum is to return, he will return as 2PM and not solo. JaeBum, the other members and myself will not want a solo comeback.”

END_OF_DOCUMENT_TOKEN_TO_BE_REPLACED 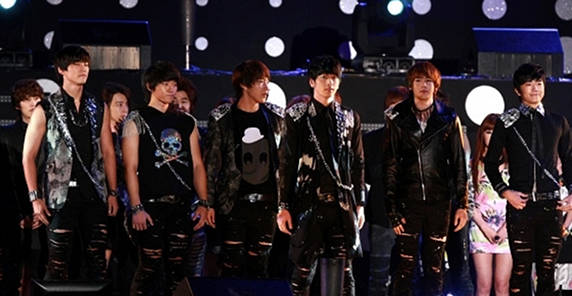 The once 7-member idol group 2PM performed together without their leader for the first time at the 2009 Dream Concert on the 10th. Due to the controversial issue of Jaebeom’s MySpace comments that has still have a lingering effect on the nation, their performance will not be aired on tv. (–>wth?!)

Fortunately, fancams have sprouted up on YouTube, enabling international Hottests to witness the performance for themselves. (–>LOL, the power of YT! awesome…)

END_OF_DOCUMENT_TOKEN_TO_BE_REPLACED

It’s almost nearing a month since Jay Park/Jaebeom, stepped down from the throne as the leader of 2PM. With the group’s new style and powerful comeback, it seemed like there was nowhere else to go but up. However, when one crazy netizen pulled an old skeleton out of Jay’s closet, the leader resigned, packed up his bags, and booked the next flight to Seattle.

Since then, Hottests and many other fans have expressed that they want their old leader back. There have been boycotts, product returns, flash mobs, defacement of property and even the cancellation of an overseas trip. And just when you thought the fans couldn’t top themselves, they take their love and loyalty to new heights – literally.

END_OF_DOCUMENT_TOKEN_TO_BE_REPLACED

(from FOB’s “You’re Crashing but you’re no Wave”)

~we are all witnesses~

I haven’t had any post about Jae’s being gone. It hurts so much. Maybe that’s why I don’t update on 2pm recently. I miss him. Just for a thing of the past Netizens pushed him to do such terrible thing as to go back to Seattle and leave our beloved 2pm T.T So what about the controversies? He’s moved on and haven’t done anything bad since then. I love this guy no matter what and I hate all those people who seek anything (esp. sanything bad) just to have somthing to babble about. Curse you!

2PM is not without one member missing

Esp. Jae who is much loved T_T